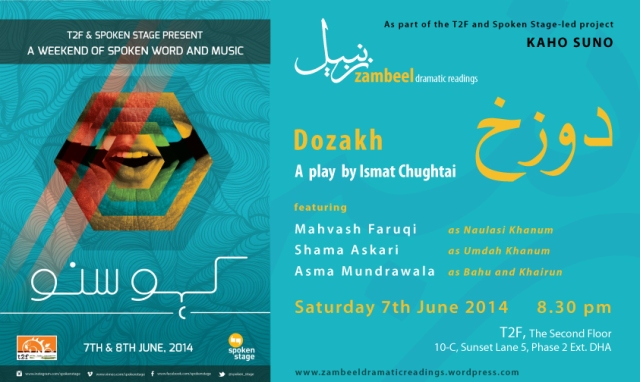 Ismat Chughtai’s play written for the stage is a colourful roller coaster of emotions between two women Naulasi Khanum and Umdah Khanum.
Ismat’s skill as a writer is at its best in this wonderful repartee that is central to the lives of these companions.

Original music for this reading consists of two tracks composed in Raag Sarang and Raag Bahaar, composed and played by Rakae Jamil.